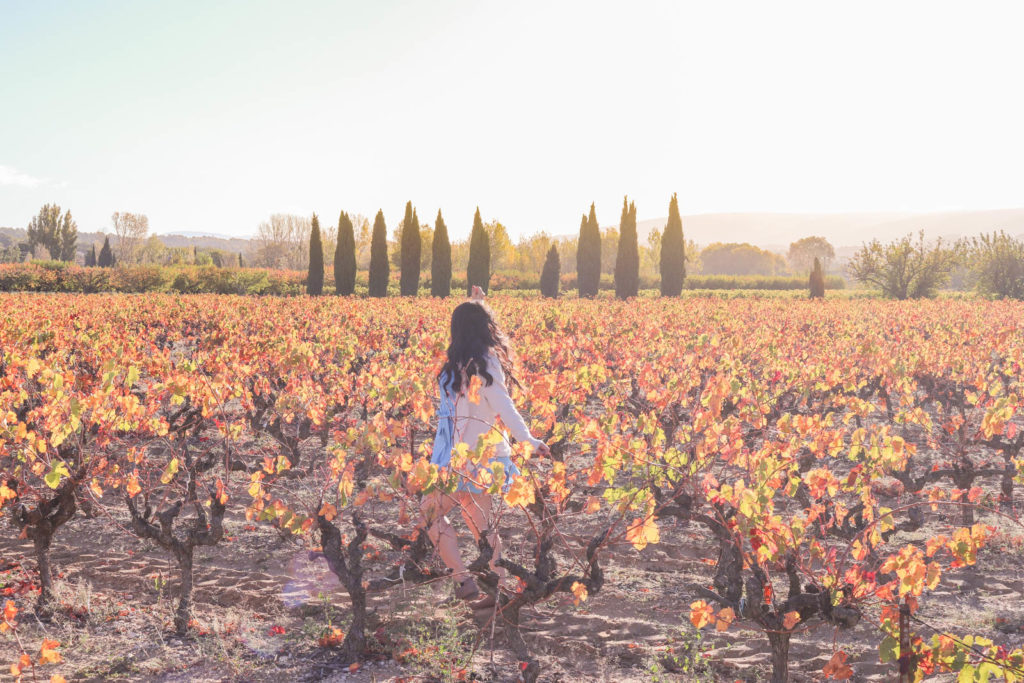 I haven’t done one of these “behind the photo” posts in a long time, but there’s been something on my mind lately that’s too long for an Instagram caption and didn’t quite fit into a blog post, so I thought this would be the perfect place for it.

Recently I’ve been asking everyone these 3 questions and the photos of me dancing in a vineyard in Provence reminded me of it:

1. Do you want to know when you’re going to die?

2. If you knew you only had 5 years left to live, what would you do?

Ask your loved ones these questions. You’d be surprised what interesting things you might learn about each other. Bassam and I actually had a long conversation last night that led to so many other topics after addressing these questions. Here is a simplified version of our answers. Then I want to dive deeper into Question 3. I feel like the general refrain is that if you aren’t currently doing what you would be doing if you were going to die, then you’re not living life to the fullest. But I don’t know if I completely agree with that. 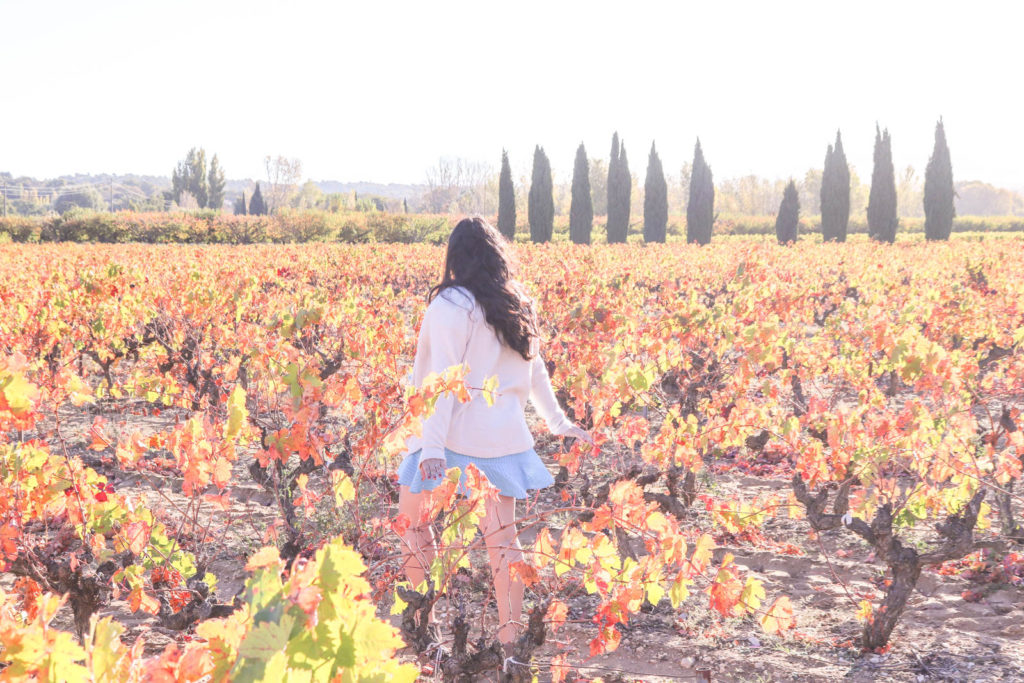 1.Do you want to know when you’re going to die?

B: No! It would cause me too much stress

L:Yes! I’m not a surprise person. I would LOVE to know and it would completely affect all the decisions I make

2. If you knew you only had 5 years left to live, what would you do?

B: I would do the things I’m scared of, like sky diving, bungee jumping

L: I would move to Provence

B: I guess I don’t really feel like there’s a due date. I have time to do them later

L: Because I’m sacrificing it for something that I want more and that’s to have kids {and potentially one other thing I’m considering make happen which I’m not ready to share quite yet}

And this is why I don’t think it’s always as simple as you aren’t living your life to the fullest. In Bassam’s case, it might be. He should prioritize doing the things he wants to do and not put it off. But in my case, I’m choosing something different and I think that’s the case for a lot of people. 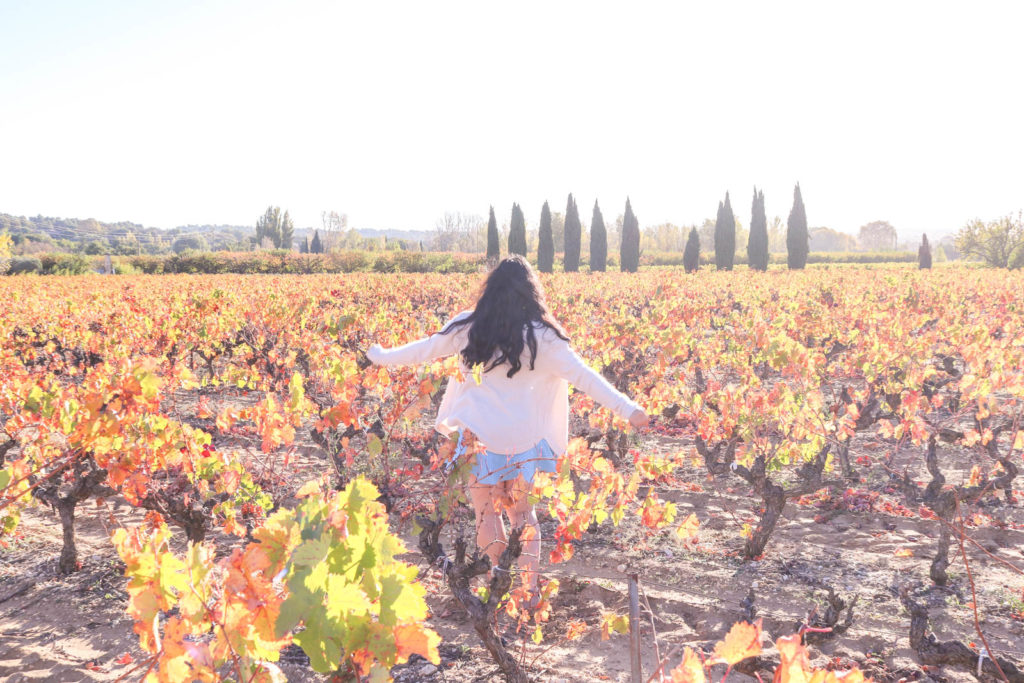 Technically I could move to Provence AND have kids, but that’s just not the lifestyle I want for them. {DISCLAIMER: I’m not saying this lifestyle is wrong or anyone who chooses this lifestyle is wrong. It’s just not what I want. If you’re reading this and you don’t agree, that’s okay! We can want different things!} I want them to grow up with lots of family around, which is exactly the reason why we moved to the suburb we live in now. I would want to make sure we both Bassam and I have stable jobs so that we can provide well for them. I would want them to grow up in the country they will be living long term and that’s probably not France.

There’s a lot of reasons why moving to Provence and having kids just doesn’t mix for me. That being said, if I knew I only had 5 years left to live, I wouldn’t have kids. I wouldn’t want them to have a mom for only that short of time. Instead, I would move to Provence and live my final years enjoying my favorite region in the world and living out my lifelong fantasy of having lived in another country. {I would have done this after college, but I didn’t want to leave my mom at that time. Another choice/decision/sacrifice/whatever you want to call it that I’m happy with}

While I can’t say for sure because this is all hypothetical and I’m not ACTUALLY in this situation, I do think I would be happy with either option. I’ve felt this multiple times in my life when my path has diverged into two roads and I needed to choose one. I could be happy either way. They would be different forms of happiness, but either one would provide happiness and satisfaction.

I’ve always been a person who has wanted lots of things in life. I’ve always had several goals, several dreams, and all kinds of ideas running through my head at any given time. This has caused frustration for me throughout my life as I’ve tried to tackle all of the things at once. I’m a big advocate of not putting things off. Doing them now and not waiting until some future unknown that may never come. I’ve always had this mentality, but after my mom was diagnosed with ALS I became even more keenly aware of not waiting for the future. As much as my mom lived her life with a sense of joy and optimism, there were still so many things she never got to do in her life because she was waiting for the right time. Unfortunately, that time never came.

If I had 5 years left to live, my priorities would change. What I’m willing to sacrifice would be different. It doesn’t mean I’m not living my life to the fullest right now. It just means that I’m planning for the future and hopefully, a long life. As boring as that sounds, I don’t think it’s a negative thing. I’m enjoying the journey and at the of the day, I think that’s the most important thing. If I can live my life having loved every day of it, whether I have 5 more years or 70 more years, whether my life was spent building my future or living out my fantasy, I will have considered my life well lived. And if I can move to France at some point in my life, well, that would be the cherry on top of my already delicious cake, but I’m also okay if my cake doesn’t have cherries.

I’d really love to know what you think about this subject and chat with you more about it in the comments! I’m really looking forward to hopefully connecting with you more in this way. Not going to lie, I love these rambley, talk about whatever is on my mind posts. I always wish I started blogging back when it was more like daily updates and personal posts mixed in with guide type posts.  I don’t do a lot of the purely personal posts because I’d rather bring you content that’s helpful in some way, but I may go back to doing more of these Behind the Photo posts. 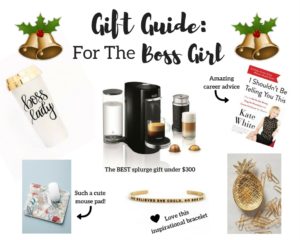 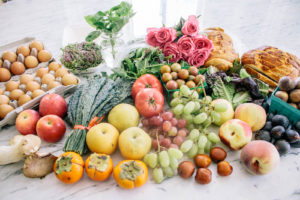