A few years ago, I went on a Middle East adventure and to date, it’s been one of the most memorable trips of my life. My family accompanied me for most of the trip, but I also spent some time in Lebanon and Egypt on my own and stayed with friends who lived there. Camping with Bedouins in Wadi Rum was one of the highlights of that magical trip. Before I get into the details, let me admit something to you. Before this experience, I had never gone camping before. Not only that, but I also had absolutely no interest in camping. Not having a shower and sleeping in a tent just held no appeal for me. To top if off, I have this weird bathroom phobia. I get extremely grossed out by the smallest thing. Too cramped? Can’t use it. Someone didn’t flush? EW. So with that being said, you can imagine, camping in the desert was not something I would ever be expected to do. But as much as I hate gross bathrooms, I also LOVE adventures. Camping with Bedouins in Wadi Rum sounded like an amazing adventure to me! So, did I like it? Did I make it through the night? Read on for a full account of my experience!

First, we were picked up from where we were staying in Petra by a guide. He drove us around in Wadi Rum before taking us to the Bedouin camp site. We played around in the desert for a little while and reveled in that soft sand. 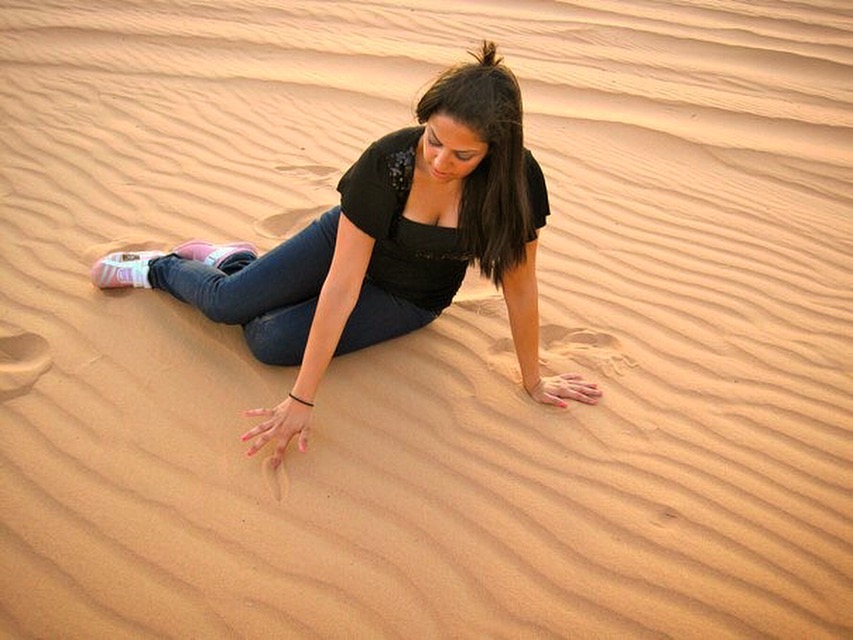 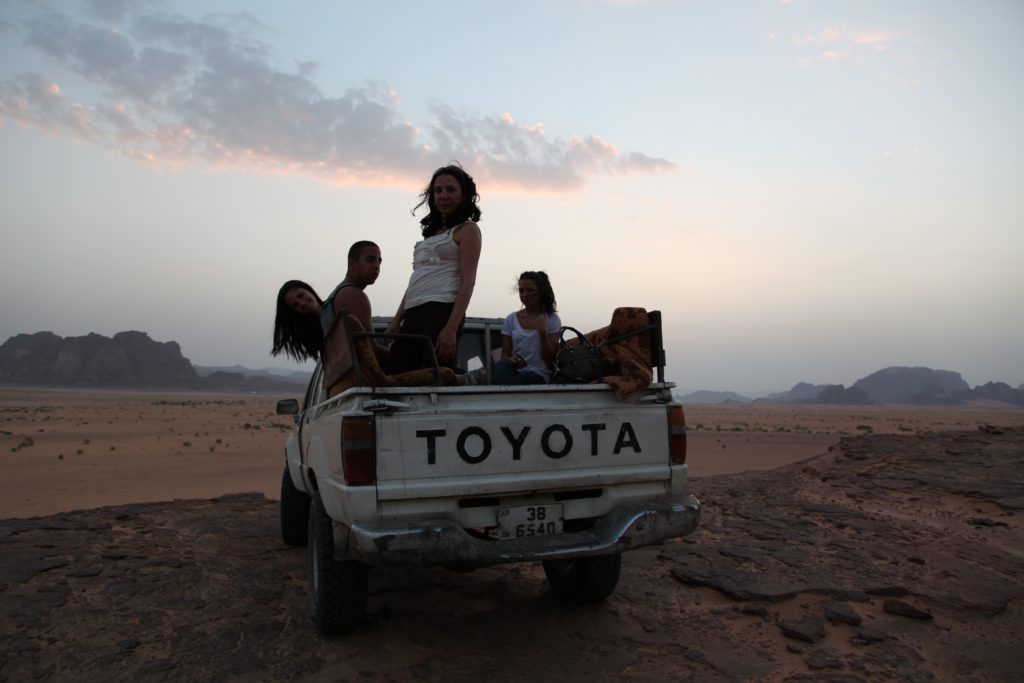 Once we were done playing around, he drove us to the camp site. We were greeted by very friendly and hospitable Bedouins who offered us tea and showed us to our tents. By the way, you may be wondering why Bedouins drink so much tea when it’s so hot in the desert {I know I was}. Well, supposedly hot beverages aid your body in cooling more than cold drinks do, because they make you sweat. Anyways, I was more interested in checking out the bathrooms than I was in checking out the tent. So that’s the first thing I did and oh boy, I got the shock of my life. The bathrooms were just holes in the ground. HOLES. Also, there was no toilet paper. Thankfully, my mom brought along a Costco supply of toilet paper and paper towels, but I was still convinced I was just going to not drink any beverages and avoid using the HOLE until we left the camp the next day. Needless to say, that wasn’t possible. And when I was finally desperate enough to use the HOLE/toilet, I cried the entire time. Dramatic I know, but that’s why I admitted to you that I am not a camper! 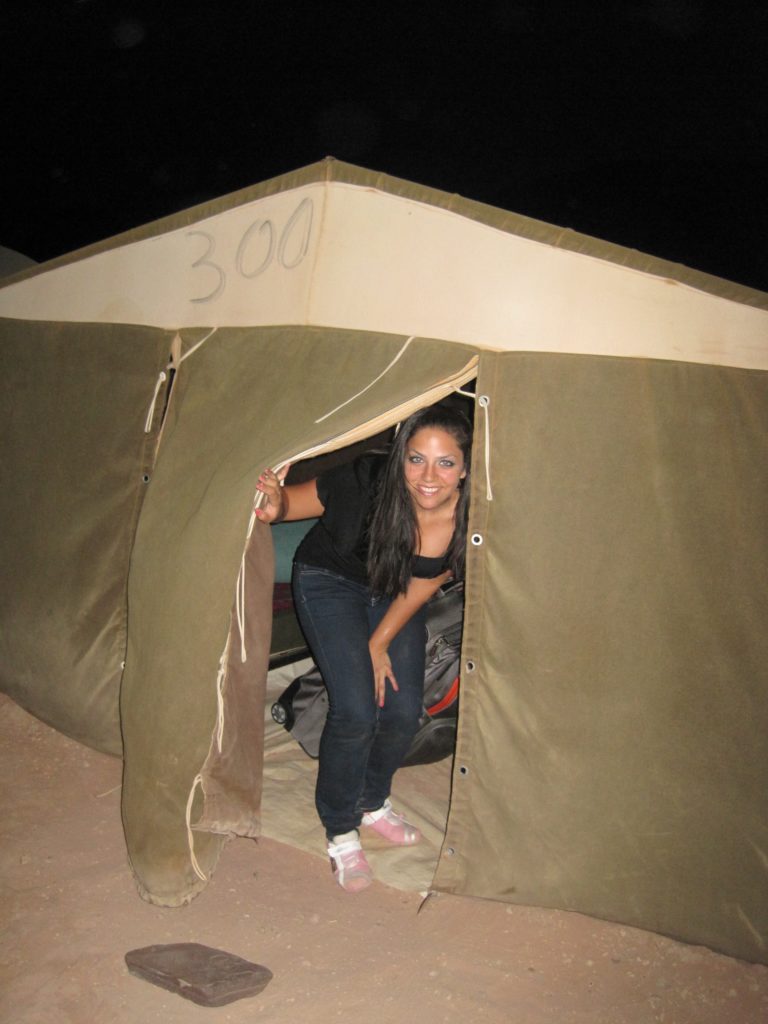 After that traumatizing experience, the rest of the night was a magical Arabian nights dream. The Bedouins hosted a large feast of a dinner for us and put on a cultural show. It was SO much fun and we spent the night dancing with the Bedouins and other guests under the clear sky full of tons of shining stars.

When it was finally time to sleep, I got my next shock. The tent was very dusty, full of insects, and just overall not appealing. The rest of my family has no issues with camping and they thought it was  fine, but it was definitely an eye opening experience for me, the virgin camper. I had the great idea to spend the night sleeping in the desert on the actual sand! My siblings and I went away from the camp site and found a comfortable spot on the sand to lay out. That was probably my favorite part of the night. 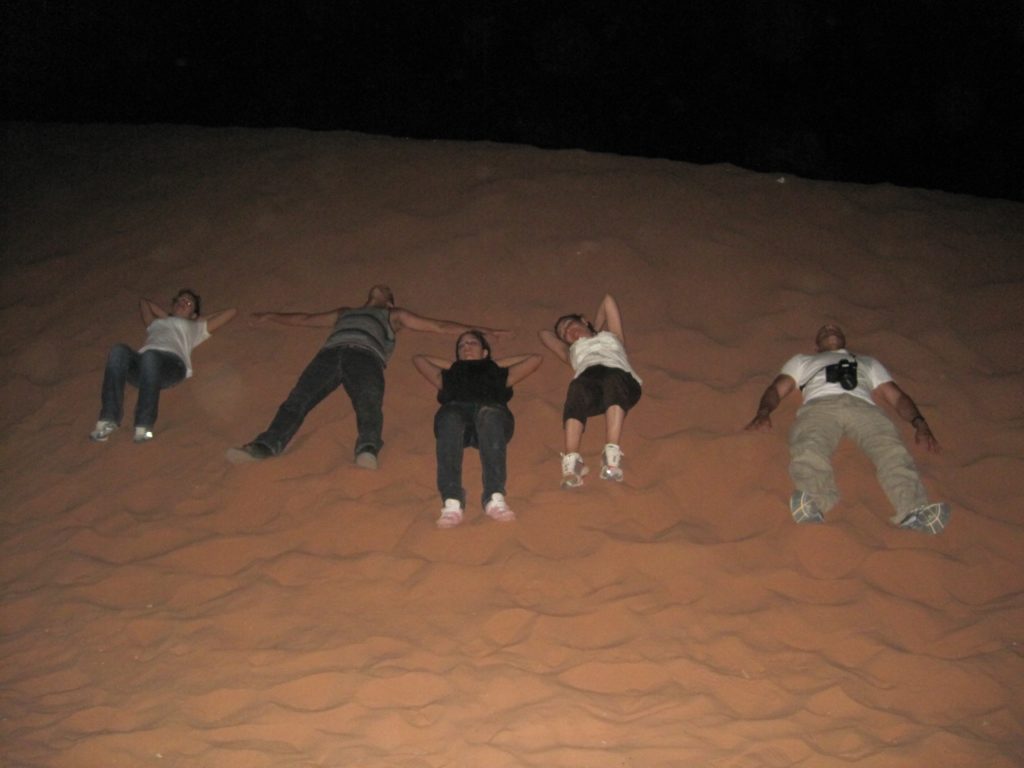 With everyone asleep, we were able to feel just how quiet the desert is. It’s really a strange thing to explain, but something you just have to feel. The silence was so heavy, you could feel it, and it felt strangely calming. It made me realize what a perfect place the desert is to meditate, think, and feel. Being from Los Angeles, a city full of pollution, it was also an amazing experience to stare up at the clear sky and be able to see all the stars so clearly. The stars were so bright that the desert never felt dark, which is perfect, because there were lots of scorpions in the sand and we needed to be on the look out not to get near one! We stayed awake most of the night and towards sunrise time, we saw herds of wild camels running by. They were so close we could’ve touched them, but they just ignored us and did their thing. Absolutely amazing.

The final part of our experience was a sunrise camel ride. We were led through the desert by a Bedouin guide and were able to see the beautiful colors of the desert as the sun rose. 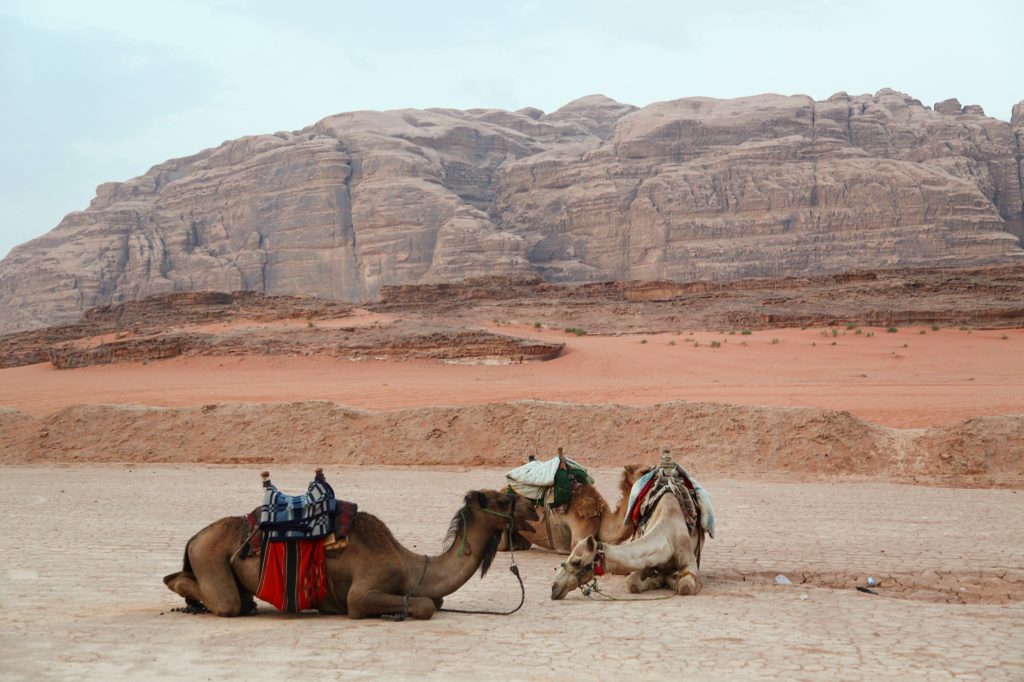 So, was my noncamping self converted? No, I still have no interest in camping, but this was one of my favorite travel experiences. I would definitely do it again and drag Bassam with me next time!

What you do think? Would you like camping with Bedouins? Is there any part of the experience that would be difficult for you? Would love to hear your thoughts! 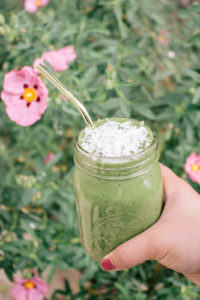 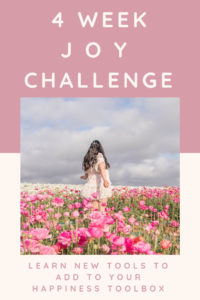 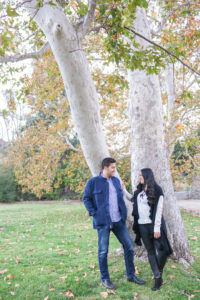