Today on our Instagram page, we asked you to ask us ANYTHING! Well, you all asked some really great questions and we had a lot of fun answering them! Here we go…

Bassam says: When people don’t do what they say they will do.

Q: How and where did you guys meet?

Lena says: We met in high school! Bassam made all his friends join a club I was president of so he could meet me {stalker much?} and chased me until I agreed to give him a chance. And well, you know the rest of the story!

Bassam says: All I had to do was join the club. She did the chasing.

Q: The best date you’ve been on together?

Lena says: Ah this is hard! We’ve had so many great dates! One that really sticks out was a night a long time ago when we went to Santa Monica Pier, played games, and rode the ferris wheel. Then we walked around and looked at houses for hours. Sometimes the most relaxed nights are the best!

Bassam says: When I took her to Geoffrey’s for her birthday years and years ago. It was our first fancy dinner.

Q: How do you decide where to travel?

We both say: We have a giant list of all the destinations we want to visit. We pick where to go based on what will work with how many days we have. Pretty much everywhere in the world is on that list!

Q: What’s the most romantic place you’ve ever visited?

Lena says: Hands down Bora Bora! From the over water bungalows to the beautiful views, it just screams honeymoon!

Q: Do you both have an equal love for travel or is one of you a bit keener than the other?

We both say: Definitely Lena! We both love to travel, but Bassam is more content to stay home and Lena always wants to be out-and-about, exploring and adventuring.

Q: Must have travel gadgets?

Q: Where’s the best place you’ve been and why?

Lena says: My Middle East trip to Lebanon, Egypt, Jordan, and Turkey was the most incredible experience of my life. There was just so much to do, amazing food, and such rich culture. Oh and I also loved Spain! Just so beautiful and the vibe is just so lively and colorful!!

Bassam says: Bora Bora, it was the most beautiful place on earth.

Q: Favorite travel memory with each other?

Lena says: Snorkeling together in Bora Bora. It was my first time and such a great experience to share together!

Bassam says: When we went to Lebanon with each other and I showed Lena all the spots from my childhood.

Q: What are your tips for taking pictures together when traveling?

Lena says: Asking others to take it for us! I always offer to take people’s picture and I never mind when people ask me, so I don’t feel bad asking!

Bassam says: Take a tripod! You can take as many pictures as you want until you like one, without bothering anyone else. I also have a remote control for the camera to activate it from a distance.

Q: What was your first destination together?

We both say: Vegas!

Q: How much time are you guys together?

We both say: After work for a few hours a night and then most of the weekends. We both have a lot going on with work and other things, so it’s actually not as much time as we thought it would be before we got married!

Q: What are your biggest pet peeves when traveling together?

Lena says: When I want to keep exploring and Bassam wants to rest.

Bassam says: Lena has to leave her toothbrush behind every time we switch locations.

Q: Is there a country that you don’t want to go back to (or go to) that the other person does?

We both say: No, because we both want to go everywhere! Although, Lena isn’t as into London as Bassam is.

We both say: AMAZING!

Thanks for all your questions everyone! We had so much fun answering them! If you have anymore, feel free to leave them in the comments down below! 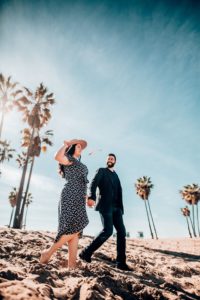 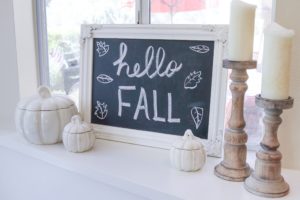